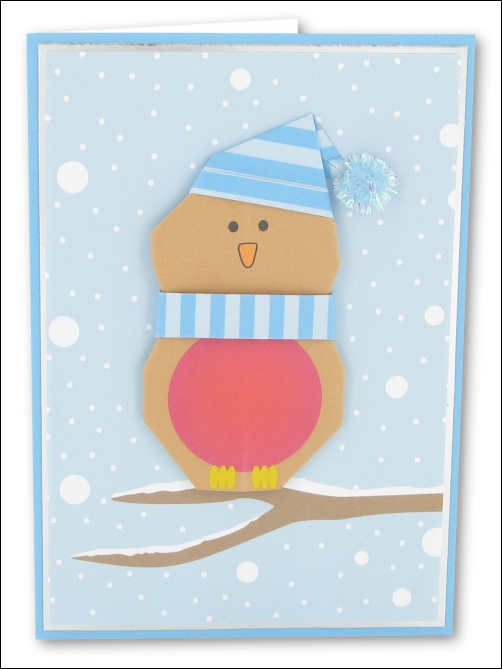 This is another really simple origami project using our pre-printed robin sheets.  Both the robin and the snowman on the Origami Christmas DVD fold in exactly the same way.

To fold the origami robin:-

1. Cut out one of the robins using a sharp craft knife and ruler. 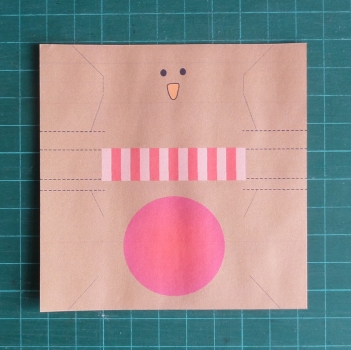 2. Lightly fold the paper to find the centrepoint - crease lightly at each end to mark this (don't crease down the middle). 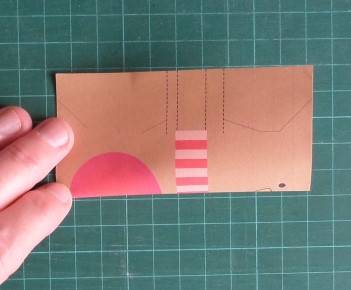 3. Unfold, then turn the paper over and fold one side into the centrepoint, creasing well. 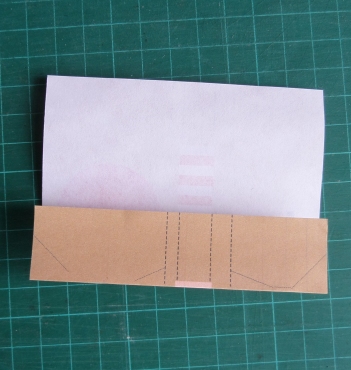 4. Fold the other side into the middle so that the dotted lines all match up. 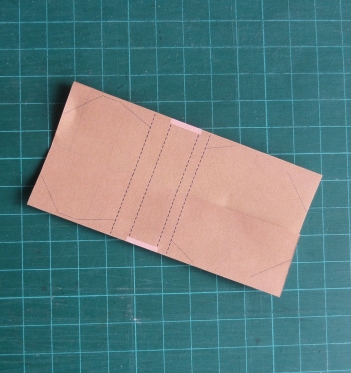 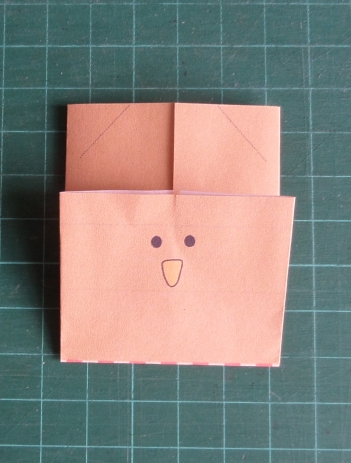 6. Fold the 'breast' part back in the same way, making sure you can see the edge of the scarf when you fold. 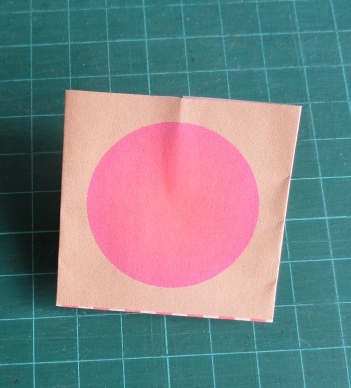 7. Now, turning the piece over, fold back at the dotted lines that go across the piece, folding both head-end and bottom end so that the folds just touch each other (see picture). 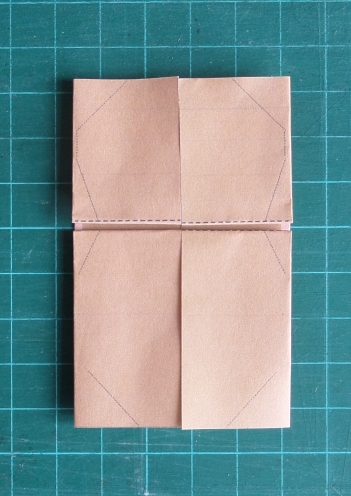 8. When you turn it over, you'll have formed the scarf. 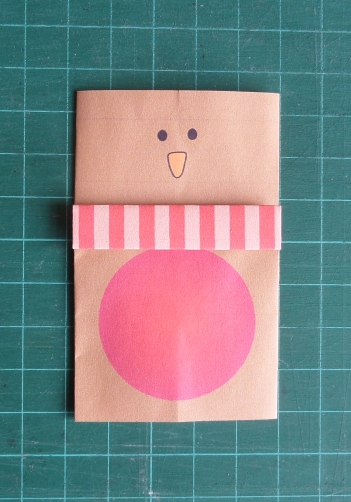 9. Turn the piece over and emboss all the lines on the back - both the diagonal(ish) ones and the little straight lines at the side of the face. 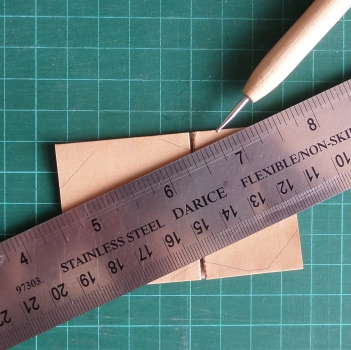 10. On one side, fold back both the diagonal creases of paper adjacent with the scarf.  As you do this, it will pull the end of the scarf over in a straight line as shown.  Crease well. 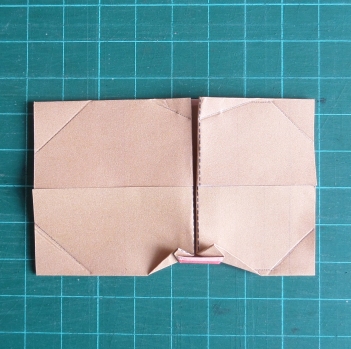 11. Repeat step 10 on the other side of the scarf, then fold back on all the other crease lines. 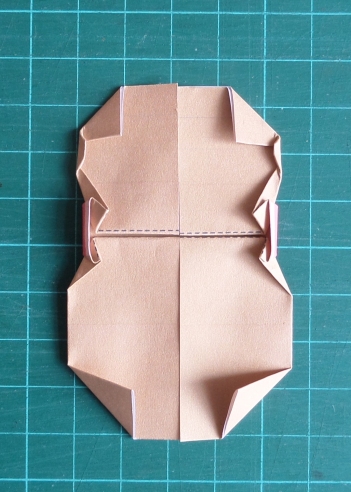 12. Your robin will now look like this.  Crease all folds down well and stick them with pieces of double-sided tape. 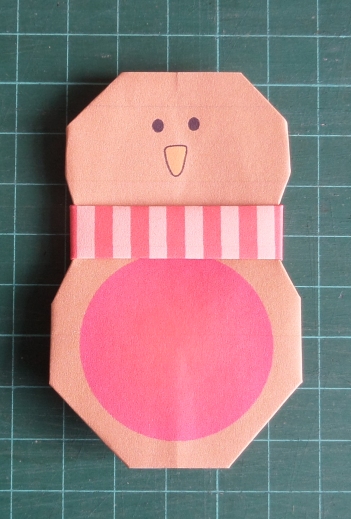 To fold the hat:-

13. Cut out the hat with a sharp craft knife and ruler. 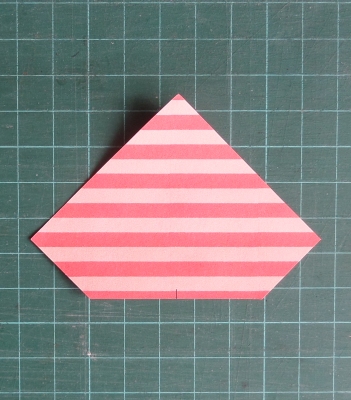 14. Fold up the bottom at the points and crease well. 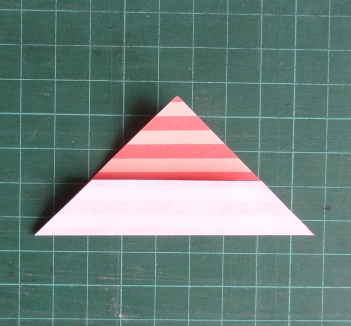 15. Fold back along the edge of the 3rd stripe up. 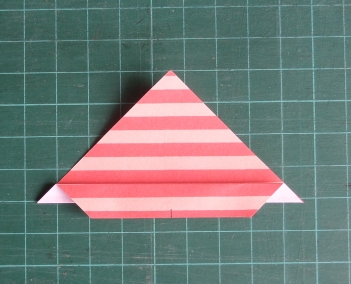 16. Fold the edge under the hat, creasing well. 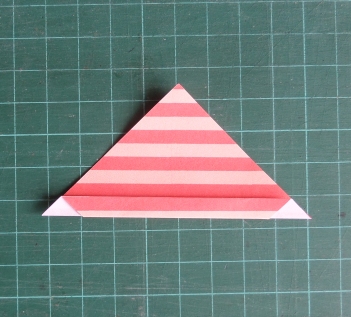 17. Turn the hat over and fold both sides into the centre - a guideline has been provided for you to fold to. 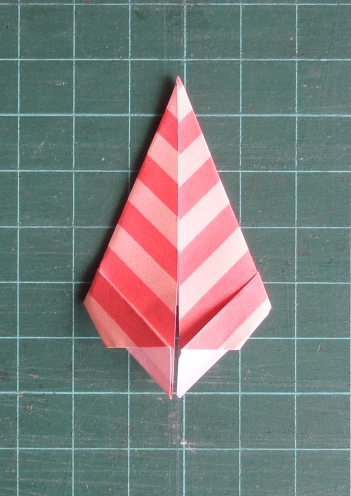 18. Your hat will now look like this when you turn it over.  Don't worry about folding the back out of the way - once you put it on the robin you won't see it. 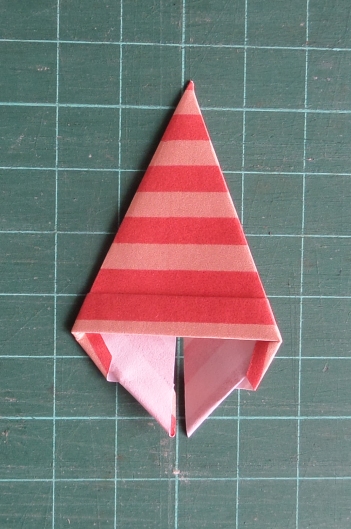 19. Fold the top back and crease well. 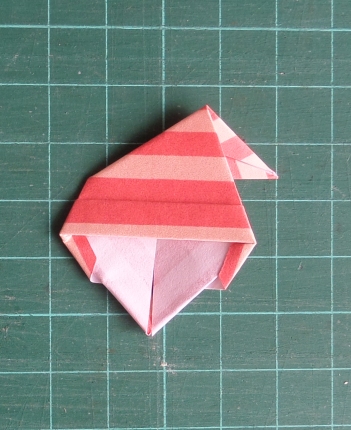 20. Put the hat onto your robin using a little piece of double-sided tape.  Add a pom-pom or punched circle or sunburst to finish. 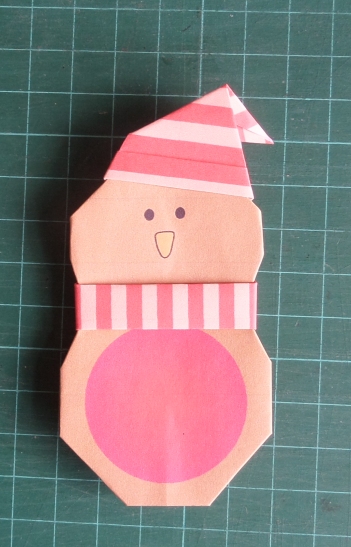 Add the robin to the tree branch on the background using sticky pads.  Add a greeting if required.