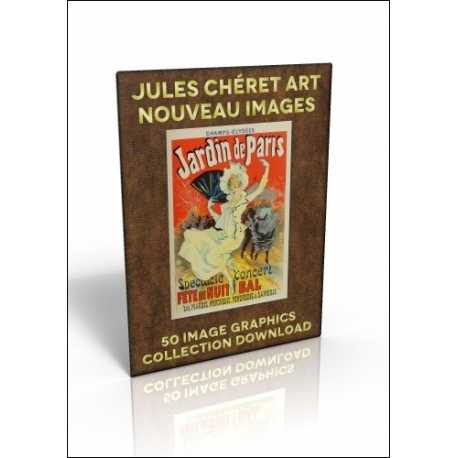 This themed downloadable image collection contains 50 great-quality illustrations, all of which can be used for practically anything you want to, as many times as you like, without paying royalties or commissions to anyone!

All of the beautiful images are out of copyright and in the public domain in the UK, US and all countries that follow the same copyright rules - this means that even COMMERCIAL USE is absolutely fine! 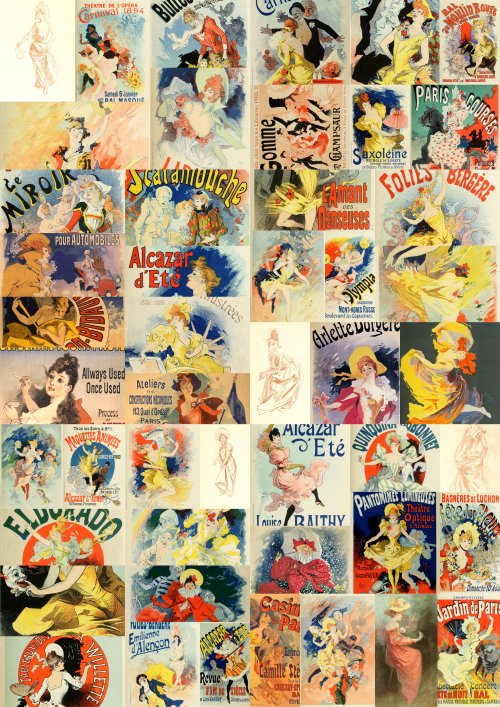 Anything you make can be for your own use or for sale - use the images over and over again without restriction!

Teachers - use these lovely illustrations in a slideshow to show your class or print them out to make collage items for your children's projects.

Designers - why spend time creating images to make your products from when you can use ready-made images instead?

All that we ask is that you don't sell the collection, as a whole or in part, as raw digital images in a similar way to ourselves.  Simple!

A snapshot of all 50 illustrations is shown in our large collage picture.

Please note:- the downloads for graphics collections are in jpeg format in ZIP files which need to be extracted before you can open the images.

Jules Chéret was a French painter and lithographer who became a master of Belle Epoque poster art.  He has been called the father of the modern poster.

Born in Paris to a poor but creative family of artisans, Jules Chéret had a very limited education. At age thirteen, he began a three-year apprenticeship with a lithographer and then his interest in painting led him to take an art course at the École Nationale de Dessin. Like most other fledgling artists, Chéret studied the techniques of various artists, past and present, by visiting Paris museums.

From 1859 to 1866, he was trained in lithography in London, England, where he was strongly influenced by the British approach to poster design and printing. On returning to France, Chéret created vivid poster ads for the cabarets, music halls and theatres such as the Eldorado, the Olympia, the Folies Bergère and the Moulin Rouge.

He was so much in demand that he expanded his business to providing advertisements for the plays of touring troupes, municipal festivals, and then for beverages and liquors, perfumes, soaps, cosmetics and pharmaceutical products. Eventually he became a major advertising force, adding the railroad companies and a number of manufacturing businesses to his client list.

As his work became more popular and his large posters displaying modestly free-spirited females found a larger audience, pundits began calling him the "father of the women's liberation." Females had previously been depicted in art as prostitutes or puritans. The women of Chéret's posters, joyous, elegant and lively - 'Cherettes', as they were popularly called, were neither. It was freeing for the women of Paris, and heralded a noticeably more open atmosphere in Paris where women were able to engage in formerly taboo activities, such as wearing low-cut bodices and smoking in public. These 'Cherettes' were widely seen and recognised, and a writer of the time said "It is difficult to conceive of Paris without its 'Cheréts'.

In 1895, Chéret created the Maîtres de l'Affiche collection, a significant art publication of smaller sized reproductions featuring the best works of ninety-seven Parisian artists. His success inspired an industry that saw the emergence of a new generation of poster designers and painters such as Charles Gesmar and Henri de Toulouse-Lautrec.

In his old age Jules Chéret retired to French Riviera and died in 1932 at the age of ninety-six.

Over the years, Chéret's posters became much sought after by collectors from around the world.