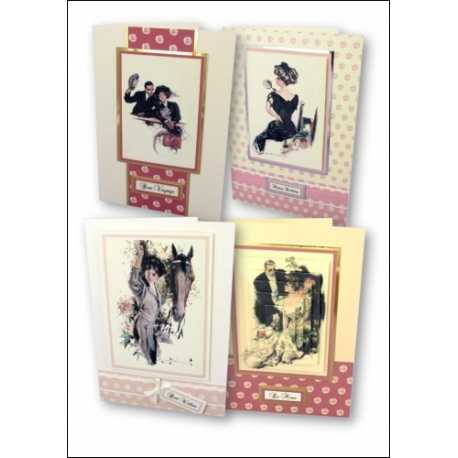 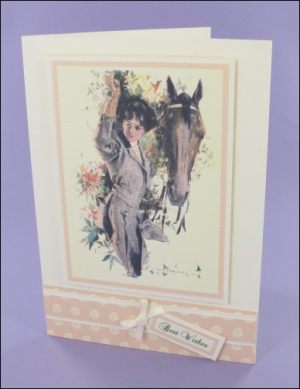 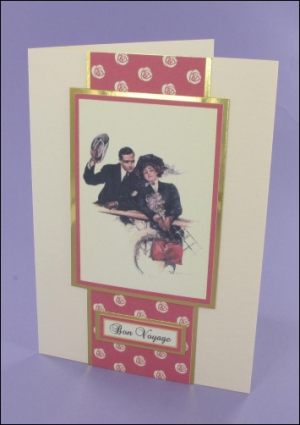 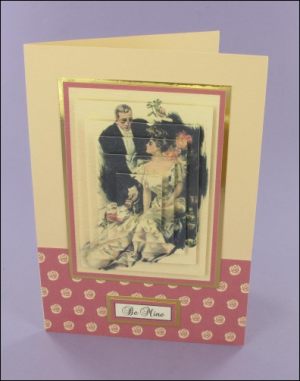 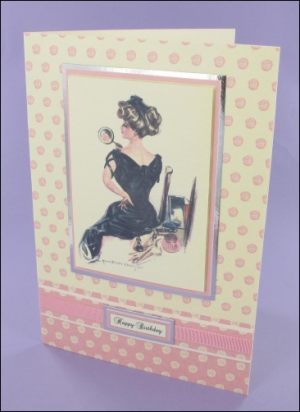 The Age of Romance - the period towards the end of the 19th century and start of the 20th. It was the age of gentlemen, chaperones and steamship travel with companions and huge trunks.

It was the time that saw the first motor cars on the road containing ladies with chiffon scarves that attempted to hold onto large hats whilst driving. The images in this set are all by Howard Chandler Christy, an American artist and illustrator who was famous for the 'Christy girl'.

He was best known for his charming illustrations of a picturesque and romantic type of society women peculiarly his own. His work is characterized by a dashing but not exaggerated style and a strong sense of values. We've fitted 20 of Christy's pictures into this set which have been made into both motifs and pyramage.One of the pictures made me giggle a little - the one that I've called Frankly my dear..... as it made me think of Gone with the Wind.

After that I was looking for something amusing in the others too so they've been named accordingly.... The motif sheets in this set include a small strip of rose backing paper which match the pyramage and motifs in this set beautifully.

The pyramage sheets include various wording including birthday, anniversary, Good luck and Be Mine greetings which can be used with either the motifs or pyramage in this set. We wanted to cram as many images as possible into the set which didn't leave any room for full-size background sheets however if you like the rose backgrounds, these are also available in their own set, product code 24435.