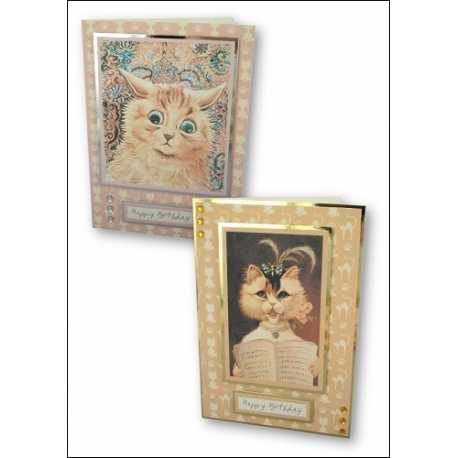 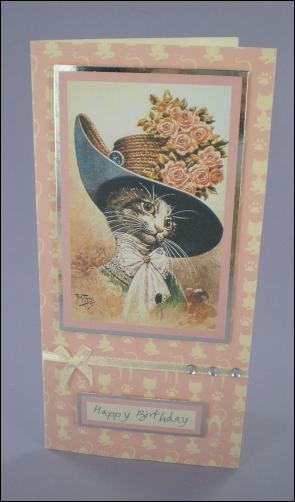 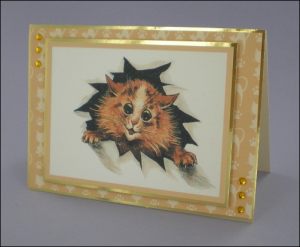 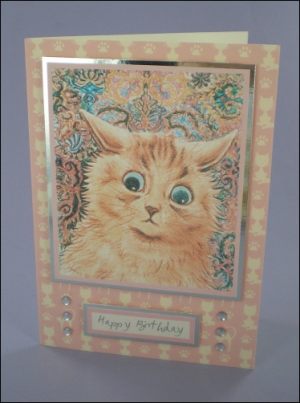 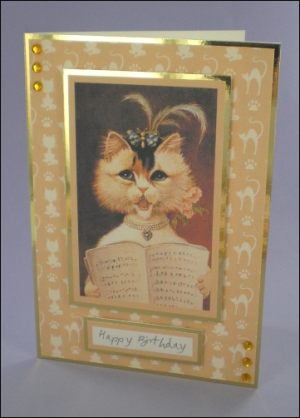 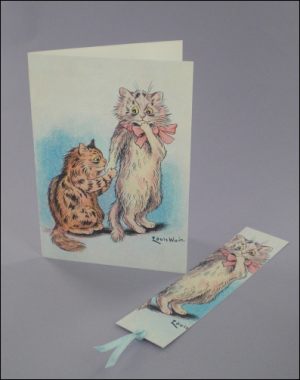 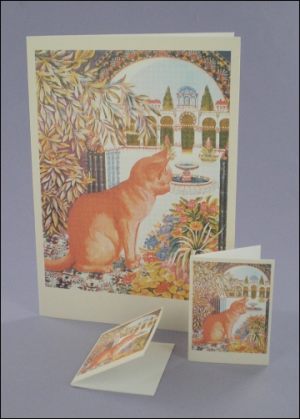 This set is bursting full of images of quirky and anthropomorphic cats, great for making cards for cat-lovers everywhere. Whether you're making them for friends and family or for sale on your craft fair stall, shop or school fair, there's bound to be something here that catches the eye of a feline fancier!

Louis Wain was a prolific cat artist who produced hundreds of pictures for children's books and postcards. At the age of 23, Wain married his sisters' governess, Emily Richardson, who was ten years his senior (which was considered quite scandalous at the time), and moved with her to Hampstead in north London.

Emily soon began to suffer from cancer, and died only three years into their marriage. During her illness, Emily was comforted by their pet cat Peter, and Wain taught him tricks, such as wearing spectacles and pretending to read, in order to amuse his wife.

He began to draw extensive sketches of their large black and white cat and it was this that was to define his career. Wain's cats got progressively more human as time went on, performing more antics and occasionally wearing clothes - and publishers loved it!

Wain achieved considerable success with his pictures although his lack of business sense through selling pictures outright (rather than getting royalties each time they were used) meant that he ended up with very little. As well as the work of Louis Wain, this set also features Arthur Thiele, another prolific cat artist, and also Harry Neilsen who illustrated children's books.

This set contains 37 sheets, A4 size - pyramage, motifs and matching backgrounds are included here. Print as many times as you like and make cards for personal use or for sale (no mechanical or mass production please!)