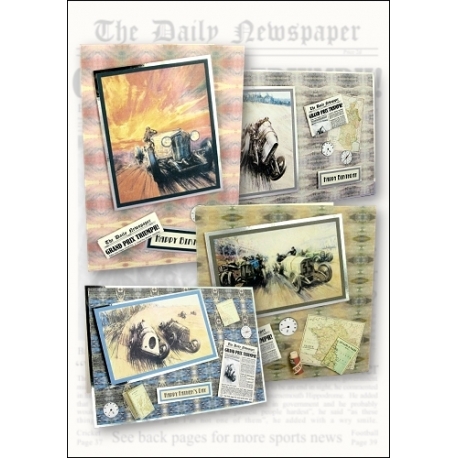 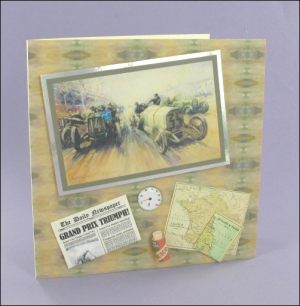 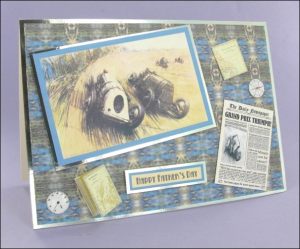 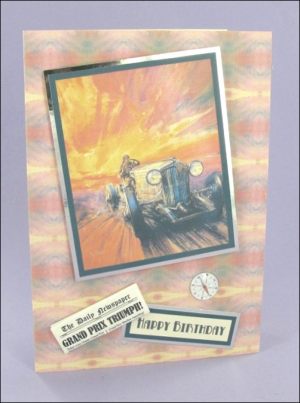 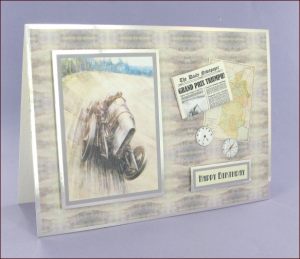 Frederick Gordon Crosby (1885-1943) was one of the world’s foremost automotive illustrators of the early 20th century. He worked for Autocar magazine for most of his life. His illustrations and paintings reflect the excitement and glamour that surrounded the birth and early development of the automotive industry.

Crosby had no formal training as an artist, although he did attend life classes at art school some time after the start of his professional career.  In 1908 he started his career as a draughtsman in Daimler Motor Company's drawing office before moving on to work at Autocar.

After some 30 years of travelling and working to press deadlines, the work began to take its toll on Crosby. In the last few years before the Second World War, it became clear to many of his colleagues that all the enjoyment had gone out of the work. However, during the war, his spirits seemed to rally and he produced some of his best works of battles both in the air and at sea.

His son Peter showed great artistic promise and was thought by many to be likely to be every bit as good, if not better, than his father. The war cut short that dream when he pronounced dead when his plane went down over the English Channel in 1943.

Gordon-Crosby struggled to come to terms with the death of his son and died later the same year at the age of 58.

This Printable Heaven set features a snapshot of Gordon-Crosby's work that we've teamed together with cute miniatures to bring the illustrations to life.

There are 39 sheets in this set including motifs, pyramage, A4 prints and lovely backgrounds that have been made to match beautifully.

Fantastic for the men in your life, many sheets also include Happy Birthday and Happy Father's Day greetings amongst others.