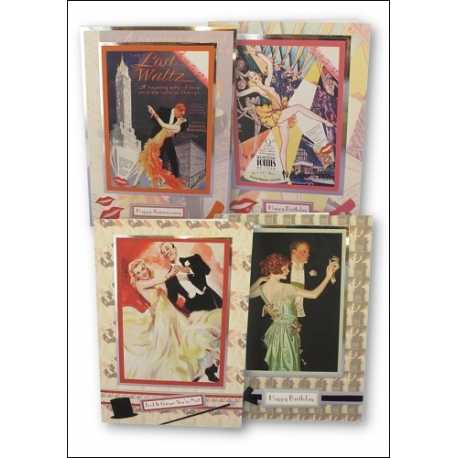 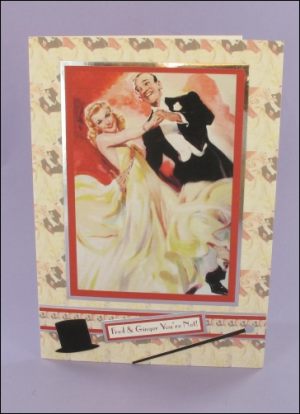 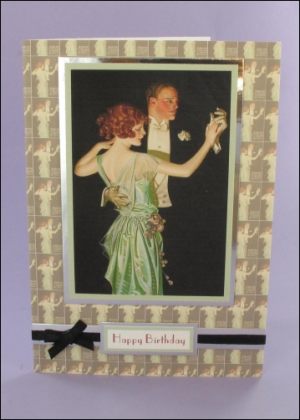 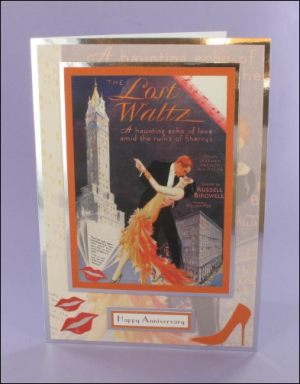 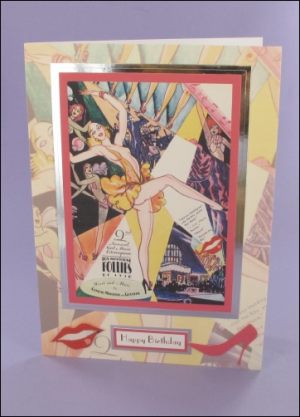 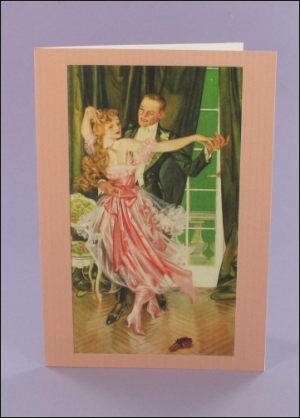 If you like vintage advertising, movies and dancing, you'll just love this set! We've been asked several times if we could do something on dancing but at the time I had no pictures and no ideas. The requests led me to do a search to see what I could find - and I ended up immersed in the world of glorious 1930s films and film magazines.

I love the cinema so this wasn't a hardship at all! All of the pictures (except one!) in this set have come from such magazines so there's a real feeling of Hollywood and glamour about it - fabulous! The set itself is aptly named after one of Fred Astaire and Ginger Rogers' films, Shall We Dance from 1937. There is a wonderful picture of Fred and Ginger included in the set - with the motif sheet there are top hats and canes to cut out to accompany these great illustrations.

Another highlight of the set is The Lost Waltz range - the Lost Waltz apparently being a 1936 film with a great movie advertisement but which doesn't seem to exist (at the time of writing) in the world of IMDB (Internet Movie Database). For this image we've included the original movie ad on the A4 print and on the postcard-size motif, but we've removed the wording for the other motifs and pyramage so that just the dancing couple is shown, fab if you're not keen on the wording.

Other highlights include the Movietone Follies of 1930 (which shows that racy outfits were alive and well in 1930!) and also The Dancing Couple image. This one reminds me of that act that's often seen at Scout Gang-shows - where it's completely dark and you just see the luminous white hands moving!

This set includes a bit of everything - A4 prints, motifs (including a postcard size image), pyramage, notecards (great for quick cards) and full-size A4 backgrounds. Mix and match the co-ordinating images to produce greeting cards, framed prints, framed postcards and more - fantastic for your own use or for selling at craft fairs, school fairs and more.