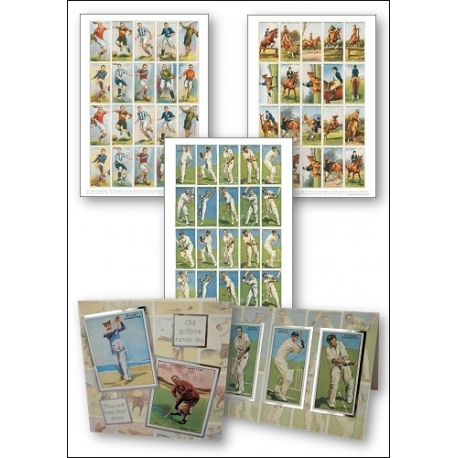 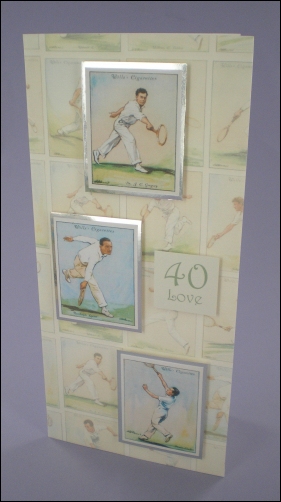 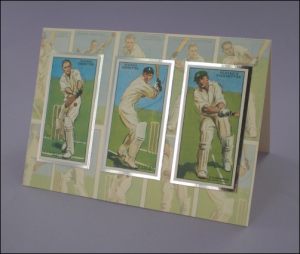 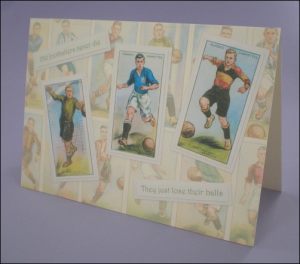 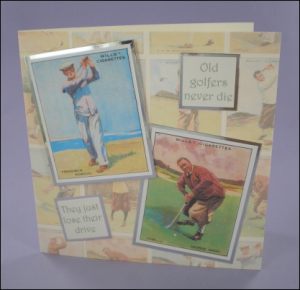 Cigarette cards were given away in packets of cigarettes and cigars from 1875. They were originally just plain bits of card that were used to stiffen the packet but then they were produced with advertising on one side only, the reverse being blank.

From 1893 John Player produced sets of 25 or 50 general interest cards that were given away individually in packs to encourage customers to buy their brand. Popular themes were 'beauties' (famous actresses, film stars and models), sports (in the US mainly baseball, in the rest of the world mainly football and cricket), nature, military heroes and uniforms, heraldry and city views.

In this set of 30 sheets we've included reproductions of some of the sporting images and made some great backgrounds to match to enable you to make complete co-ordinating cards. Or why not frame a group of the cards, mounting them onto the background sheet before adding the frame?

Subjects covered in this set include football, cricket, horse-riding, cycling, greyhound racing, boxing, rugby and tennis. Most of the images are aimed at men's cards although the ladies are also covered in both the tennis and horse-riding ranges.

We've also included a sheet of greetings and funnies - such as 'Old golfers never die, they just lose their drive' as well as others based around the other sports. This set is great for making cards for those interested in cartophily (cigarette and trade card collectors) but also just as good for the sportsmen (and women!) in your life.

We've made several cards to give you inspiration for using this set - click on the project button to see them. Remember, the designs can be used for the other types of sports in this set too!